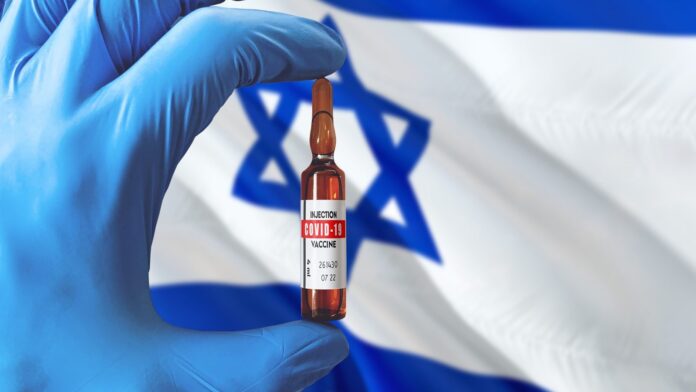 In life, before we move forward, we must take inventory. It is true in the business world just as it is true in many areas of life. Without examining and taking stock, we fail to learn from the past and risk repeating the very same mistakes. For religious people “cheshbon hanefesh” – moral inventory –allows correction of mistakes and also enables and assessment of the general direction our lives are taking. For example, Yom Kippur provides an opportunity to examine our religious world: how much did we adhere to Torah values and how far did we veer. My Rebbe, HaRav Aharon Lichtenstein zt”l, recommended a thorough inventory of Torah study on Shavuot: how did we fare the past year in our commitment to the study of G-d’s word. On Rosh Hashanah, my Rebbe, HaRav Yehuda Amital zt”l would assess the state of G-d’s presence in our world. Which events during the past year augmented G-d’s presence in our world and which obscured His presence. In this vein, Yom Ha’atzmaut provides a cheshbon hanefesh opportunity to assess the state of the Jewish people and the state of our redemption. Living through redemption requires celebration, but also honest assessment.

Over the past year, several events verified that we are living through a process of redemption. The signing of the Abraham accords will hopefully contribute to regional reconciliation. The motivation to sign the accords wasn’t the fulfillment of Biblical prophecies but rather was a product of diplomatic necessity. However, once relationships between regional countries are forged, they develop and arc of their own and, hopefully, many “spin-off” benefits will evolve. In our continuing struggle to settle our homeland with international approval these treaties with former adversaries shouldn’t be trivialized.

The dizzying technological revolution in Israel continued unabated during the corona crisis. Aside from fueling impressive economic growth, Israel’s technology sector protected our economy against the severe slumps experienced in other world economies.  G-d promised Avraham that his descendants would deliver prosperity to mankind. Israel’s advances in the field of medical technology are just one feature of this prophecy. Likewise, early and rapid vaccination allowed Israel to become the world’s laboratory and provide vital information and statistics in the battle against this viral infection. After two thousand years, we finally have a national identity, and it is our responsibility to improve the medical condition of our suffering world.

During the corona pandemic, I often thought about Jews in past centuries, who faced crippling pandemics while living under foreign governments and often, in hostile environments. Illness and contagion bring out the worst fears and suspicions in people, and Jews were always easy targets and convenient scapegoats. In the aftermath of the Black plague of the 14th century, over 500 Jewish communities across Europe were obliterated.  Life as a European Jew during the Middle ages was frightening; living through a pandemic for which you were blamed must have been horrific.

Thank G-d we occupy a very different world and the Jewish experience during this pandemic could not have been more different. Across most of the world, Jews live in modern democracies which protect religious rights and offer equality and freedom before the law. Jews were afforded the very same medical treatment options alongside the rest of society.

Life in Israel during the pandemic was, ironically, even more affirming. This was the first time that a Jewish state managed a pandemic for its own people. There is no more secure feeling that living ‘at home’ during times of crisis or danger. I felt as if I was being looked after by “my family”.

Honestly, though the corona experience in Israel was affirming, our reaction to the crisis was disheartening. Sadly, our national response to the pandemic was a failure. Theoretically, a crisis of this magnitude could have served as a “rallying point” to unify the broader Israeli population against a common invisible enemy. During the initial stages of the crisis nationalistic pride did foster a patriotic environment and most were willing to sacrifice for the common good. Unfortunately, as the pandemic wore on, uneven adherence to health guidelines and politicization of the crisis generated strife and tension.  Regrettably, our country is far more splintered in 2021 than it was in 2020. Of course, the degradation of Israeli politics and the recurrence of senseless elections has further polarized Israeli society. It is not easy absorbing so many Jews from so many different parts of the world, so many different cultures, different ethnicities and differing levels of religious adherence. In our continuing pursuit of national unity this year was a letdown.

In a more general sense, aside from specific events, the past year’s struggle with corona helped illuminate several aspects of redemptive. Over the past half century, in the wake of the Holocaust, and with our return to our homeland, our orientation has become very national and very parochial. Over the past eighty years we have massively invested in restoring Jewish communities and institutions and, of course, in rebuilding the state of Israel and defending her from her numerous enemies. Many Jews are so immersed in these nationalistic experiences that they have ignored our universal role. We are so busy renovating the Jewish world that we sometimes ignore the broader world which we are members of. The pandemic didn’t not discriminate between Jew and non-Jew. More over containing and overcoming the virus can only be a collective effort. This experience has reminded us of our universalist identity, that we share the fate of other humans on this planet and that we are meant to inspire the world through our “godly lives” and through our moral example. This universalist voice, which recently had been disregarded, was eloquently articulated by Rabbi Jonathan Sacks z”l who passed untimely this past year.

Corona has also reminded us just how rapidly and dramatically the world can change. People of Messianic vision believe that our current world order will be replaced by a completely different reality. During earlier points in history, when the existing society was oppressive and dysfunctional, it was easier to harbor a Messianic vision of an alternate reality. When your current world is broken, substitute worlds appear more appealing. The modern world, however, is highly functional and abundantly progressive. Our systems of government, business and technology feel larger than life and appear unchangeable. A successful world can make it difficult to envision different worlds. Additionally, much of our world isn’t religious and the Messianic prospect of the entire world turning their hearts to G-d seems remote. Corona was a complete overhaul of everything we knew in a short time span. This reminded us about how flimsy human conventions are and how quickly an act of G-d can overturn everything we know to be true. This should make it easier for us to acknowledge the frailty of human constructions and to imagine the prospect of Messianic transformation.

It has been a historic year and certainly one which has reflected our redemptive era. There are many lessons about geula which this year has provided.