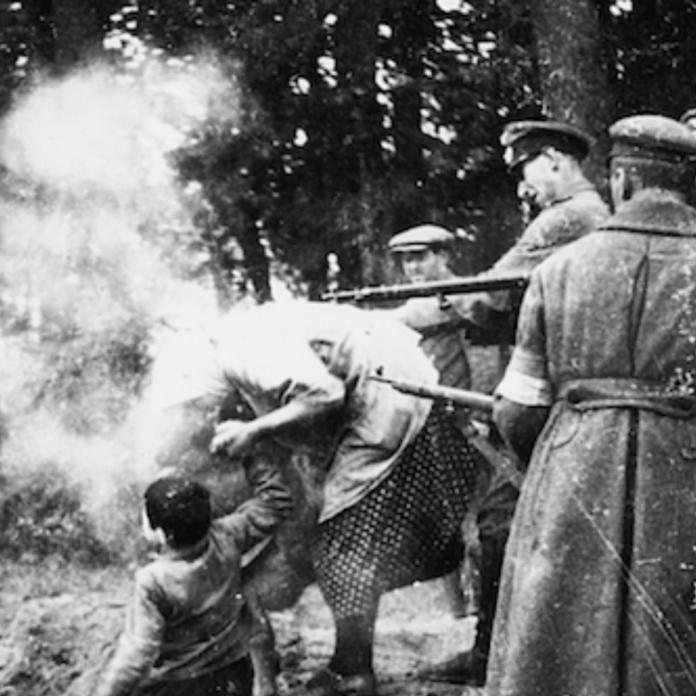 Redemption comes in many varieties. Sometimes it is a rapid swell and sometimes a gentle flow. Sometimes history is overhauled in a heartbeat and other times its revolutions are gradual. Though redemption is often compared to a sunrise, in Psalms chapter 18, King David compares it to the construction of a fortress, reminding us that, often, it is a drawn-out project.

So far, we have witnessed three phases of this “project”:

In 1948 we experienced the first wave of modern redemption. It is difficult to determine why we merited divine intervention or whether that generation was “deserving” of redemption. However, one fact is unmistakable: the Holocaust was the darkest moment of Jewish history since the destruction of the second Temple. For two thousand years, we faced seemingly endless discrimination, hatred, pogroms and expulsions, but nothing compared to the systematic attempt to rid the entire world of Jews. Our previous enemies aimed to cleanse their own countries of Jews, but Hitler conceived of global genocide- to the point that he maintained a list of 200 Albanian Jews in his personal bunker. In the nightmarish world of the Holocaust, it was difficult to discern the presence of God. 1945 marked the darkest period of human history in two thousand years.

That desecration of Hashem’s presence demanded a proportionate response – an event which would restore His presence to His world. The return of His people to their ancient homeland, though in no way “compensating for”, or justifying the Holocaust, restored Hashem’s presence in human history. The first wave of our redemption reintroduced Hashem to the world stage.

Beyond the restoration of G-d’s presence, 1948 also solved the Jewish refugee crisis. Homeless Jews had been ported across the globe, repeatedly being denied entry into host countries. By 1948, we finally had a safe-haven of return, even if the majority of our people didn’t return home.

Bizarrely, even geopolitical dynamics contributed to the foundation of our state.  The state of Israel was confirmed by a UN vote driven by a two thirds majority. A two thirds majority was unimaginable during a Cold War era characterized by antagonism and animosity between the West and the Communist-dominated Eastern bloc. Who could imagine both blocs voting in unison to approve the state of Israel? Yet, miraculously diplomatic realities were realigned, as our path “home” was blazed by the hidden hand of Hashem operating within history.

Chapter 2 – The Return to “History”

Nineteen years after our initial return, we experienced the second wave of redemption. In 1948 when Jews returned to Haifa and Tel Aviv the world didn’t shudder. Our return in 1948 “solved” the practical refugee crisis and soothed the world’s guilty post-Holocaust conscience. When Jews returned to Jerusalem and to the hinterlands of Judea and Samaria, the world took notice. 1967 announced that we had been restored to the historical stage, and that history was beginning to hurdle forward. Some nations celebrate our return while others are violently opposed. Either way, Jewish presence in Jerusalem isn’t a “neutral” event. When God’s chosen people return to the city in which humanity originated and in which, history will conclude – the entire world “notices”.

However, it wasn’t just the international community which took notice. Between 1948 and 1967, limited waves of Jews voyaged to the fledgling state. The Six-Day war and our return both to Jerusalem and to the surrounding “Biblical corridor”, stoked the Jewish imagination. Both Aliyah and large-scale Jewish tourism to Israel became popular after 1967. Just as importantly, millions of Russian Jews, whose religious identity had been emasculated by the Communist regime, rediscovered their Jewish heritage and turned their rejuvenated hearts toward their homeland. In 1967, the second wave of redemption heralded the return of our people to history and beckoned worldwide Jewry back to their homeland.

About thirty years ago, the third wave of redemption began. Despite the supernatural interventions of 1948 and the historical revitalization of 1967, the state remained small and vulnerable – more pitied than respected. Over the past thirty years, Israel has emerged as a military superpower, developing both a powerful economy, and robust democracy. These formidable achievements are even more impressive given the endless hostility we face. Despite our perpetually perilous security situation, we have fashioned an emergent economy, a stable democracy and a society which preserves the dignity of life and the sanctity of human liberty. The vision of the people of G-d demonstrating the values of a god-like lifestyle, is beginning to materialize.

All these achievements have caught the interest of the international community which is beginning to take great interest in the affairs of this tiny, previously insignificant country. We are starting to attract attention, and for good reason. Intrigued by our people and our unique history, other countries are quickly  discovering the deep-rooted mission of Judaism which has, once again, blossomed in Israel.

There are two “underrated” emergent sectors in israel which will deeply impact the future. Having discovered off-shore gas reserves, and exploring the prospects of an underwater pipeline to Europe, we are poised to become a major worldwide supplier of energy. The carnage in the Ukraine is tragic, but in the aftermath of the war, Israel will likely be positioned to provide energy to a European continent weaning itself off of Russian energy dependence. This may lend literal meaning to our long-standing role as ‘ohr la’goyim’- a light for nations. We will literally provide light, heat and energy to the modern world.

Additionally, Israel is currently spearheading a dramatic revolution in medical technology and in cutting-edge medical procedures. This revolution will radically alter worldwide medical treatment in the coming decades. Fueling human progress and curing human illness is an integral component of our calling as Jews. The third wave of redemption has seen our state rise to prominence and discover the technologies to advance human prosperity.

The book of redemption is still being written. Who knows what future chapters hold?