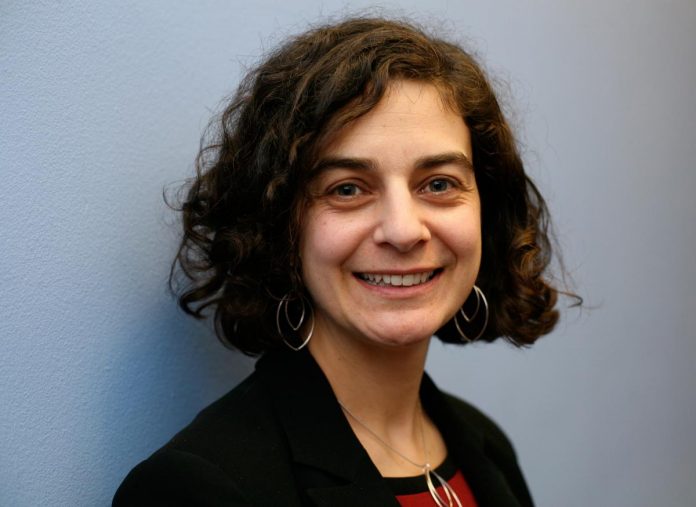 The head of Holocaust Memorial Day Trust has labeled a YouGov survey on hate speech in the UK as “shocking”.
Whilst 8,000 commemorative events marked Holocaust Memorial Day last weekend Olivia Marks-Woldman warned research shows how prevalent hate speech is today.
“These findings are shocking, our research shows just how powerful our words are,” she commented.
The poll of 2,111 people showed 27% of UK adults had witnessed one or more incidents of hate speech in the last year, 12% witnessed over five incidents and 41% saw an incident based on a person’s race or ethnicity.
Of the figures, 59% witnessed incidents on social media, 41% in the street, 23% on public transport and 24% in a pub or shop.
When asked to share what they witnessed, many reported seeing anti-immigrant or anti-refugee hate speech, racist abuse or anti-Muslim comments.
Two thirds of respondents felt angry about what they saw, 45% were shocked, 43% felt sorry for the victim and 22% were worried an incident may lead to a physical attack.
The research also showed 82% held the view that social media organisations like Facebook and Twitter should do more to tackle hate speech online.
“The repeated use of words normalises dangerous language and allows hatred to take root, which can ultimately lead to persecution,” said Ms Marks-Woldman.
“Today is about remembering the atrocities of the Holocaust and subsequent genocides, but also about finding ways to make sure they can never happen again.
“Recognising the power our words have is an important first step. On Holocaust Memorial Day, please choose to use your words for good.”
Backing up the worrying statistics, Barbara Winton, the daughter of Sir Nicholas Winton – who
rescued 669 Jewish children children from Nazi occupied Czechoslovakia in 1939, said: “In 1939, as today, there were those including mainstream media who used dehumanising language against refugees fleeing destruction and violence and seeking shelter in Britain.
“My father set out to change views and encourage compassion by writing to papers and magazines to present the moral and humane case for accepting vulnerable refugee children and giving them a home. He used the power of words to stir consciences. His rallying cry then seems to me to be just as relevant today when we are faced with what appear to be insurmountable problems, too big for us as individuals to affect.”
Among many events Holocaust survivors joined Chief Rabbi Ephraim Mirvis together with faith, civic and political leaders at the UK commemorative ceremony.
HMDT chief executive Olivia Marks-Woldman introduced the ceremony narrated by Sameena Ali-Khan.
Participants Charles Dance, Sir Derek Jacobi and Maureen Lipman recited letters of Holocaust survivor Vera Schaufeld.
Helen Aronson shared a personal testament and Jonathan Dimbleby spoke about his father Richard Dimbleby’s report from Bergen Belsen concentration camp in April 1945.
Helen Aronson, Tomas Grundza, Sokphal Din, Immaculee Hedden, Sabit Jakupović and Ismail Yagoub lit memorial candles.
Chazan Jonny Turgel recited El Male Rachamim and Laura Marks closed the ceremony.
World leaders paid respect to those who perished over seven decades ago during the atrocities.
At Auschwitz-Birkenau, survivors gathered to mark the 73rd anniversary of the former death camps’ liberation.
President Donald Trump in a statement released ahead of HMD, said: “We take this opportunity to recall the Nazis’ systematic persecution and brutal murder of six million Jewish people.”
He added: “Although they (survivors) are aging and their numbers are slowly dwindling, their stories remain with us, giving us the strength to combat intolerance, including anti-Semitism and all other forms of bigotry and discrimination.”
In Warsaw, Poland, US Secretary of State Rex Tillerson spoke at a memorial service remembering Jews who died in the Warsaw Ghetto Uprising in 1943.
The head of Warsaw’s Jewish community recited a prayer.
Prime Minister Teresa May said a new national memorial to the Holocaust would act as a commitment to teach future generations to fight hatred in all its forms.
“By supporting the Holocaust Educational Trust, we will safeguard the memories of survivors and learn the lessons for generations to come,” she said.
Jewish Leadership Council chief executive Simon Johnson criticised Jeremy Corbyn’s HMD message for failing to mention either Jews or anti-Semitism.
“It is hard to believe anybody can neglect to mention Jews when writing a Holocaust Memorial Day Message, let alone the leader of the opposition,” he commented.
“Mr Corbyn displays a complete lack of sensitivity to those who survived the atrocities of the holocaust and its impact on the Jewish community.”
Environment Secretary Michael Gove said: “The Holocaust was a unique evil.
“We have a duty to remember its victims and ensure there is no place for prejudice in our hearts. Anti-Semitism is a virus which mutates over time and we must be constantly vigilant to ensure we fight this hatred with all our energy.”
Shadow Foreign Secretary Emily Thornberry wrote: “Throughout the world we must always challenge the development of an attitude of ‘the other’. There is no ‘other’, there is only us.”