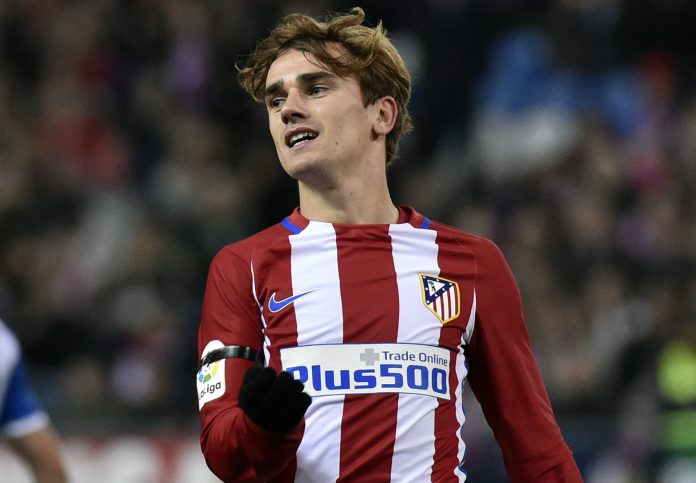 Manchester United’s No.1 summer transfer target Antoine Griezmann has astonishingly hinted that a move to Old Trafford is a real possibility this summer.

The French international forward, who has been the subject of intense speculation during the current season, certainly is not ruling out a move to Manchester United.

Griezmann, 26, made the admission as a guest on a French TV program. When asked about the plausibility of a move to United, Griezmann agreed it was “possible.” When pressed further and asked the probability on a scale of one to 10, Griezmann said, “Six.” He was then asked if he understood what he was saying and replied, “Yes.”

It may also not be long before a decision is made on Griezmann’s future, whether he stays at Atlético or moves elsewhere. “I should know more in the next two weeks,” he added.
These comments will certainly act as a boost to Jose Mourinho’s hopes of signing the La Liga superstar, as The Red Devils are certainly in need of some extra firepower if they are to mount a more serious title challenge next season.

The significance of Griezmann’s quotes are heightened when considering rumours surrounding the future of star striker Zlatan Ibrahimovic, who is unable to feature until way past his current contract, which will come to an end this summer.

As such, Marcus Rashford would remain as the only recognized striker with any considerable Premier League experience despite his tender age, forcing Mourinho to mo
ve for a world-class striking addition at some point this summer.

Griezmann would certainly provide exactly that, after the former Real Sociedad winger starred for Atletico this season, amassing an impressive 26 goals and a further 12 assists.
It is thought that a deal would cost in the region £85m in what could be the player’s current release clause.

With a fee coming very close to Paul Pogba’s world record fee, it is likely that Manchester United will consider all options before deciding if they want to pursue another deal of such epic magnitude.

His personal relationship with Paul Pogba could also prove pivotal in any deal this summer, with the Man Utd central midfielder often snapped with Griezmann whilst on international duty.