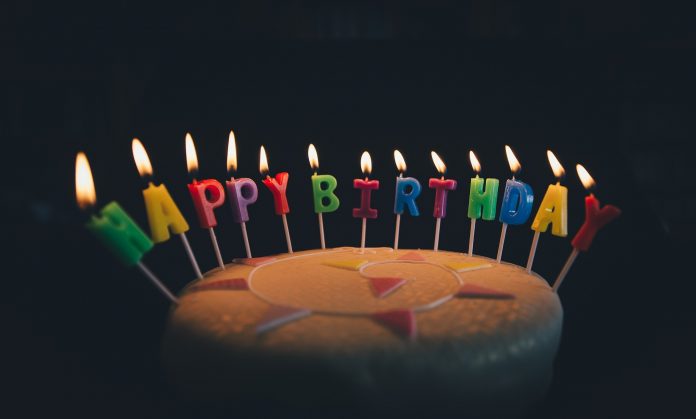 Lucy looked at the calendar hanging on the kitchen wall and sighed. Not long now until her birthday, and she was starting to feel an enormous amount of dread. She usually wasn’t too bothered about birthdays and found that as she got older she tended to celebrate hers less.

It was only when you were young like Joshua and Jacob that you actually enjoyed your birthday and the fact you were getting older. They were already excited about the prospect of reaching their first decade in a few years, but to her, reaching her fourth one didn’t have quite the same appeal. It’s not that she didn’t like to have fun or celebrate, but she always enjoyed other people’s birthdays more than her own. It was the pressure to organise something, or to invite everyone, and to worry if everyone else was having a good time; she kind of forgot to have fun herself.

She was trying to ignore it as much as possible, if she was honest, and she hoped maybe that the whole thing might just go unnoticed. Daniel had mentioned something about maybe going out somewhere nice for dinner or to the theatre, or maybe a weekend away just after her birthday, but he’d been pretty non-committal. He had been working late a lot at work, so planning anything for her birthday was probably low down on his list of priorities.

Her mother had offered to take her to get her nails and makeup done during the day of her birthday, which seemed a bit excessive for just going out to dinner, but it was nice of her to offer, and the idea of someone else doing her makeup was nice. The last time she had tried to do the smokey-eyed look, Daniel had said she looked more like a panda, so she was more than happy for someone else to try. She didn’t really wear much make up most of the time, mainly because she didn’t have enough time to actually do it. But she had started to notice a few wrinkles here and there, “laughter lines” as Julia had called them, which she could do with having covered over for a bit longer.
Everyone she spoke to kept saying things like “40 is the new 30” and “Life begins at 40,” but the people who said this were already in their 40s, and so maybe they were saying it to convince themselves as much as her.

A mobile phone rings from somewhere in the hallway. Lucy walks around trying to work out where it’s coming from. She finally finds it in Daniel’s jacket pocket on the coat stand. He must have forgotten his phone at home. Bet he feels like he has lost a limb or something. The phone stops ringing just as Lucy takes it out of the pocket. Typical! she thinks.
As she looks at the phone, there is a number she doesn’t recognise, and they don’t seem to have left a message, so she calls Daniel’s office to let him know that his phone is safe before he panics.
“Hello, yes, it’s Daniel’s wife, Lucy. Sorry to call, I know he is working late this evening, so I just wanted to let him know that he’s left his mobile phone at home, in case he is looking for it.”

“Oh, hi Lucy. No Daniel was leaving work early today, not late. He left about an hour or so ago. He’ll probably be home soon I would imagine.”
“Oh, um, ok. Yes, silly me, maybe I got confused. Thanks. Bye”
Why would Daniel say that he was working late, and then disappear from work early? Lucy thought.
Suddenly, the sound of the boys shouting at each other from upstairs signals what sounds like the start of World War 3, jolting her back into the present. She takes a deep breath and makes her way upstairs to find out what today’s argument is about. Never a dull moment….
Later that evening, Daniel is still not home, and he is uncontactable without his phone. Lucy tries to read her book, but she can’t concentrate on the words as she is still trying to work out why he would have told her something that was not true. She needed to talk to someone to try to work out whether she was being paranoid.

“Hi Mum, it’s me. Have you got time to talk now?” Lucy asks, knowing that her mother always has time to chat.

“Actually dear, I um, I can’t quite talk at the moment. Speak soon, OK? ‘Night.”
Before Lucy even had a chance to say goodbye, her mother has put the phone down. That was the second strange conversation with her mother in the past two days. It felt like her own mother didn’t even want to talk to her.

Maybe she was just being oversensitive. She’d had a long day at work, the boys had been in a particularly boisterous mood, and Daniel was still not home. She didn’t want to think badly of him, but why would he not tell her the truth? They had always said no secrets. There was nothing that they could not or would not tell each other.
Lucy’s mobile phone rings, distracting her.

“Hey, I am so glad you called. You might call me stupid, but I have to talk to someone. I have been plutzing all evening. I think Daniel has been lying to me. I’m not sure why or what about, but he left his phone at home, and when I called him at work they said that he had actually left early, but he told me he was working late, and he is still not home. Where could he be? Maybe he had an accident? Oh no, maybe he is lying on the side of the road somewhere, and no one can contact his next of kin as he doesn’t have his phone. What if…”
“Lucy, just calm down. I think you might be overthinking. I am sure there is a reasonable explanation. It’s not that late yet, and I am sure he will be home soon.”
“Maybe I’m just being paranoid…”

“A little maybe. Nothing a peppermint te, and an early night won’t solve. I bet Daniel will be home soon enough…Sorry Lucy, I have to go now, but don’t worry, and I’ll call you tomorrow. Bye.”

Lucy puts down the phone, feeling better about the conversation but a bit taken aback by how quickly she rushed her off of the phone. It felt like no one wanted to speak to her today….

Julia makes another call – “Sadie, is Daniel with you? Tell him he needs to go home…and tell him to remember his phone next time!!”