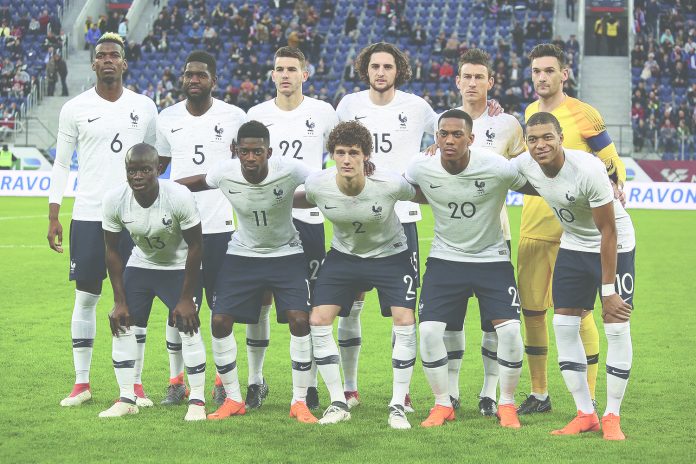 Gareth Southgate’s young England team are a step closer to the World Cup final after defeating Columbia in tension-wreaked penalty shoot-out 4-3 at the Spartak Stadium.

Eric Dier fired home the winning spot kick after Jordan Pickford pulled off a sensational one-handed save from Carlos Bacca to give England their first ever World Cup penalty triumph.

Skipper Harry Kane and a new generation of players face Sweden in the quarter-finals on Saturday afternoon in Samara with the nation behind them all the way to create history.

The South Americans were a disgrace in terms of attitude – six were booked – including Wilmar Barrios, who should have been sent off for a head-butt on Jordan Henderson in a bad-tempered affair.

England took the lead with a Kane second half penalty, his sixth in the tournament, but deep into injury time Yerry Mina headed a dramatic equaliser moments after Pickford had produced a stunning save from a long range effrort.

Danny Rose and Dier missed late chances in extra time before the lottery of penalties.

Sweden meanwhile booked a last-eight spot with a second half strike from Emil Forsberg in a dour affair, his shot deflecting off Manuel Akanji past stranded Yann Sommer in Swiss goal.

An iconic picture of Pele and Bobby Moore embracing after a classic encounter in Guadalajara at the 1970 World Cup in Mexico has been added to by Messi and Mbappe exchanging words after Les Blues triumphed 4-3 in a thrilling clash in Kazan.

The match marked the arrival of Mbappe on the world stage but the question now is whether he can emulate Zinadine Zidane who led Les Blues to success 20 years ago.

The 19-year striker was the star of a sensational seven-goal thriller.

Mbappe scored a second half brace and won a ninth-minute penalty against the South Americans.

The first teen to score more than one goal in a finals since Michael Owen in 1998, even more notable, he is the first to score twice in a World Cup match since Pele versus Sweden in the 1958 final.

France have never lost when Antoine Griezmann has scored and he opened the scoring after a mazy Mbappe run was ended by Marcos Rojo for the spot kick.

The French looked like increasing the lead until Angel di Maria produced a howitzer from nowhere to level the scores before half time.

Argentina fans went wild when Gabriel Mercado nudged a Messi shot wide of Hugo Lloris only for Benjamin Pavard to produce another wonder strike to level the scores.

However, Mbappe produced two crisp finishes, the second after a lightning counter-attack.

Sergio Aguero nodded in a 93rd-minute header from a Messi cross but it was too late to deny Mbappe et al a deserved quarter final spot.

Edinson Cavani scored both goals as Uruguay defeated Portugal 2-1 to set up the last-eight encounter.

Though the match was not as exciting as the French-Argentine clash, it had its moments, and especially from the Paris St Germain striker.

Linking with strike partner Louis Suarez, who has been in sparkling form, Cavani converted his drilled cross to open the scoring.

Uruguay had not conceded a goal in the competition but their superb defence, marshalled by Diego Godin was breached when Pepe thumped home a header before the break.

Portugal enjoyed a brief period of dominance but Uruguay, in Suarez, Cavani and Godin, have a trio of world class stars as the heart of their team.

And it was Cavani who secured a quarter final meeting with the French when he stroked home a terrific goal past keeper Rui Patricio.

But the win may have come at a huge cost as Cavani departed late on with a hamstring injury.

Only time will tell how serious the injury is for a Uruguay team that is truly united and has only conceded one goal since last August.

Just when you thought all shocks might be over in this competition Russia stunned Spain at the Luzhniki Stadium with a penalty shoot-win after a dour 1-1 after extra time.

The result ended the international career of Andreas Iniesta, who scored the winning goal in the 2010 final, and it could be the end for a number of stalwarts including skipper Sergio Ramos and Gerard Pique from the serial winning team who also lifted two Euro titles.

David de Gea got close to the spot kick of Fedor Smolov but could only watch on as Akinfeev acrobatically denied Aspas to secure a quarterfinal spot for the first time since 1970.

Spain dominated possession as expected but failed to penetrate an uninspiring Russian side who defended with gusto throughout hoping for breakaway goal or shoot out triumph.

You could not blame their logic as they were the lowest ranked country in the draw.

But after going behind when 39-year-old Sergey Ignashevich attempted to stop Ramos connecting with a 12th-minute Marco Asensio’s free-kick but accidently diverted the ball into his own goal for a Spanish lead, the Russians hit back before half time when Artem Dzyuba fired home a penalty after his header from a corner hit Gerard Pique’s arm.

From there, Russia kept to their game plan leading to the shoot-out drama which saw Aleksandr Golovin and Denis Cheryshev match efforts from Iniesta and Piqué.

Croatia scraped past Denmark after the Danes got off to a perfect start when Mathias Jorgensen poked home a long throw in on 57 seconds to stun the pre-match Croatian favorites.

Neither team had shipped a goal from open play in the tournament so a fascinating ‘cat ‘n’ mouse encounter ensued and had penalties written all over it despite a few close calls in an edgy clash.

Kasper Schmeichel saved a Luka Modric’s 115th minute penalty that would have been the winner at the Nizhny Novgorod Stadium, and he stopped spot kicks from Milan Badelj and Josip Pivaric.

But the Croations prevailed when Ivan Rakitic calmly slotted in the winning strike after Danijel Subasic saved three penalties to break Danish hearts for a 3-2 shootout triumph.

Five-time winners Brazil scored two second half goals to overcame a bright start from Mexico and advance to the quarter finals for a seventh consecutive time at the Samara Arena.

Neymar took center stage, for good and bad reasons, in a clinical display by the tournament favourites.

Mexico missed early chances and Brazil made them pay when Neymar combined with Willian before sliding home the opening goal.

The Brazilians controlled much of the match, though they had to defend with gusto at times until sealing the win late on when substitute Roberto Firmino tapped-in shortly after entering the fray when Neymar saw his effort diverted into the Liverpool striker’s path by goalkeeper Guillermo Ochoa.

Sadly, given his talent, Neymar embarrassingly overreacted to a challenge from Mexican full-back Miguel Layun by the touchline.

Such histrionics did Brazil’s star man no favours and it can only be hoped he refrains from such playacting in future games – the first versus Belgium in Kazan.

The Belgium advanced after a stunning comeback to defeat Japan 3-2 at the Rostov Arena.

But their place was in severe doubt early in the second half after shipping two goals in four minutes.

Genki Haraguchi opened the scoring with a clinical finish which was doubled by Takashi Inui’s 25-yard thunderous strike.

Roberto Martinez introduced Marouane Fellaini and Nacer Chadli to his shell-shocked team with 65 minutes on the clock, and within 10 minutes the were level.

Vertonghen, who was at fault for the first Japanese goal, looped a header beyond the despairing keeper and Fellaini nodded in and Eden Hazard cross.

Belgium’s talented squad had failed to fire in the main but they made a lightening counter attack to win in the 94th-minute when Chadli put away a Thomas Meunier pass.

The first team since West Germany fought back to beat England in 1970 after being two goals adrift in a knockout match Martinez’s ‘golden generation’ finally showed their World Cup credentials.

Pundits are predicting a France v Brazil and Croatia v England semi-final line up but in a World Cup full of surprising results anything is possible.