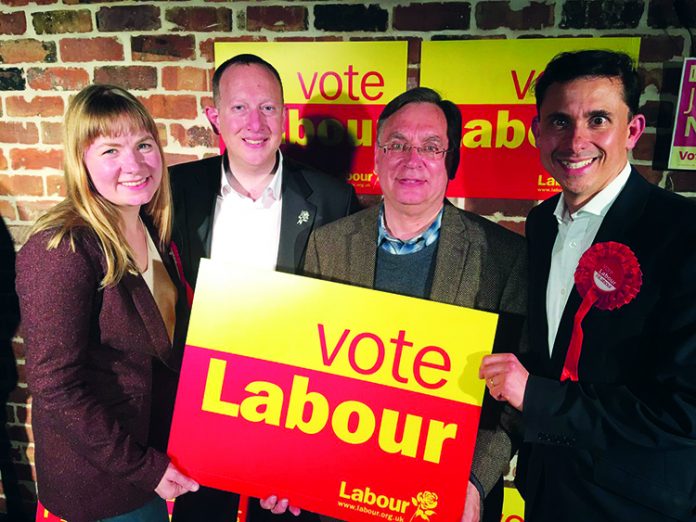 Labour Friends of Israel along with several Labour candidates have expressed huge concern over Jeremy Corbyn’s appointment of Andrew Murray to head the party’s campaign in the run-up to the general election.

Murray was chairman of the far left and anti-Israel organization Stop the War for ten years (2001-2011) and often denounced Israel using some of the most vicious, hateful language heard against the Jewish state. He returned to head the organisation again in 2015 but stepped down last year.

A life-long member of the Communist Party, Murray only cancelled his membership to join the Labour Party when Jeremy Corbyn was running for leader.

Stop the War has in the past praised terrorist organisations such as Hamas and Hezbollah, describing them as “resistance groups against the brutal occupying power, Israel.”
Murray has called for boycotts of Israel and has suggested the Israeli trade union movement known as the Histadrut is not a real trade union. In every war Israel has had to fight against Hamas or Hezbollah, Murray has repeatedly condemned Israel for defending itself against thousands of rockets.

Andrew Murray was known to be an admirer of the former UN special envoy Richard Falk, who had supported 9/11 conspiracy theories and praised the work of the notorious anti-Israel Gilad Atzmon.

With such an appointment by Jeremy Corbyn to head the Labour party campaign team, it is hard to see how Corbyn has distanced himself from some of the extreme and offensive views he has previously expressed.