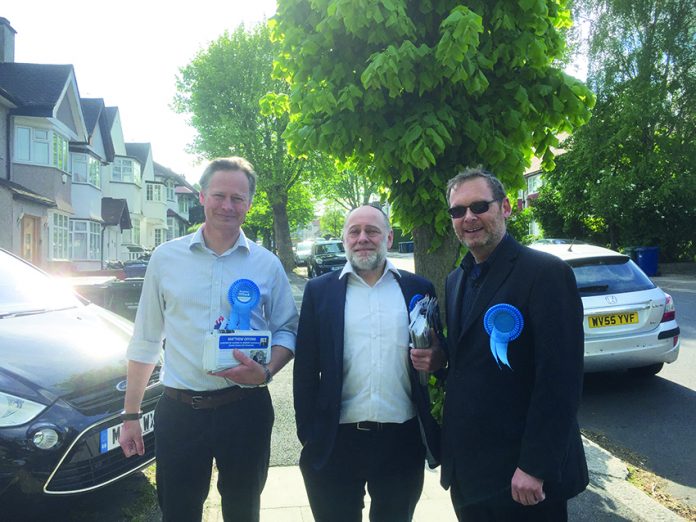 Jewish Labour MPs are battling to hang on to their seats across the country and vow they will continue to fight anti-Semitism no matter where they find it, including within their own party.
Labour candidates such as Ruth Smeeth fighting Stoke-on-Trent North, Ian Austin in Dudley North and Ivan Lewis in Bury South are all Jewish, pro-Israel and could all lose on 8 June.

Chair of Labour Friends of Israel, Joan Ryan, is also under threat in her Enfield North constituency, while Louise Ellman in Liverpool Riverside and Luciana Berger of Liverpool Wavertree are being strongly targeted.

The news comes after another Labour activist has apologised for sending anti-Semitic and racist tweets. Although Bethany Barker apologised for the messages which date back two years ago, she appeared on stage in April just before the Labour leader, Jeremy Corbyn, made a speech in Newark, Nottinghamshire.

She asked colleagues and friends on her Facebook page “not to cast me aside for the mistakes I made when I was a child,” but the vile anti-Semitic and racist tweets were written in 2014, when she was between 16 to 17 years old – hardly a child.

Elsewhere the mayor of Honiton in Devon, Caroline Kolek, who is a Labour candidate for Tiverton and Honiton, posted conspiracy theory tweets about Israel. The mayor accused the Jewish state of seeking to capitalise on the civil war in Syria by grabbing the oil from inside Syrian-controlled territory. The tweets which have now been deleted contained various images and also suggested media tycoon Rupert Murdoch was involved in the plot.

Many other controversial tweets included accusing the former Conservative MP and good friend of Israel, Nadhim Zahawi, of buying oil from ISIS and selling it to Israel.

Quoting John Sheehan, the Jesuit priest (a male religious Catholic Church congregation originating in France) tweeted “Every time anyone says that Israel is our only friend in the Middle East, I can’t help but think that before Israel, we had no enemies in the Middle East.”
The Labour candidate also re-tweeted the messages of former mayor of London, Ken Livingstone, when he claimed to be the victim of a 35-year smear campaign by the “Israel lobby” after saying Adolf Hitler supported Zionism.

Caroline Kolek, who came third in Tiverton and Honiton at the last general election, tweeted that she was wrong to post the statements and added she did not agree with the views expressed in them.

It comes after a new YouGov poll this week shows that the Conservatives have made huge gains in Labour’s Northern heartlands following the collapse of UKIP’s support.

The survey found that the Tories are now more popular in every region of the UK than they were in 2015. Meanwhile Labour’s support has fallen in every region apart from South Wales and the South East, where the party has always done poorly.

The data also made grim reading for UKIP with support having slipped by seven to 10 points in every region except Scotland, where the party were never a real force.

Support for the Liberal Democrats is up, although the only major increase in popularity is in London.