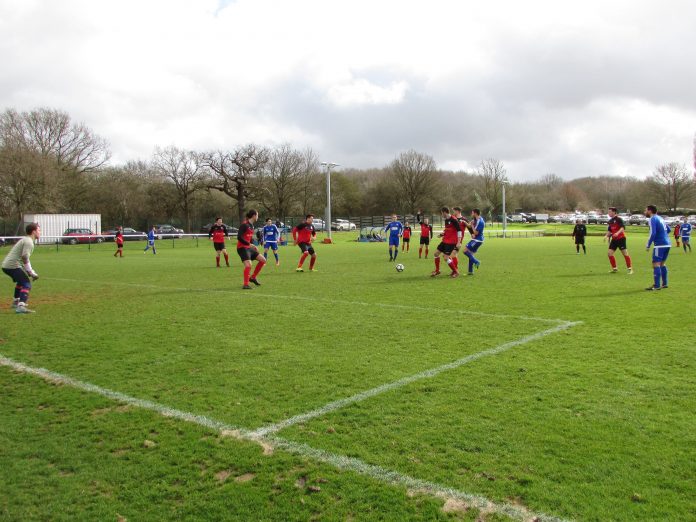 Lions’ victory opened up a seven-point gap in the only Maccabi GB Southern Football League Division 1 fixture of the day.

Joshua Bloom scored the goal of the game for the hosts with a looping left foot volley to put his team three up early in the second half.

After Doron received a red card Oakwood hit back through a Daniel Seligman penalty and a Rafi Bloom effort five minutes from time.

Benji Weinberger had already scored for Maccabi before sealing the win with a late breakaway strike.

“Having lost at Oakwood earlier in the season we knew this would be a tough affair,” commented Lions boss Samuel Marchant.

“Knowing that nothing other than a victory would do we had to dig in deep.

“The red card (for Doron) had a huge impact on the game but Weinberger relieved the pressure by scoring a wonderful goal on the counter attack.”

“It was a tough defeat to take because for large parts of the game the two sides were evenly matched,” said Jason Stein of Oakwood.

“They (Lions) had much more of a killer instinct in front of goal and took their chances well in particular the third goal (from Bloom) which was a great hit.

“Two costly first half defensive errors at 0-0 in the space of a minute left us with a big task.

“To come back from 3-0 showed our character but we lacked a cutting edge today.”

Second place Redbridge Jewish Care B have four games in hand but face fixtures against the top sides in their remaining games as the title race hots up.

In the Premier League, Maccabi London Lions A came from behind to defeat Brady Maccabi 5-3 in a thrilling encounter.

Redbridge Jewish Care A remain ahead of Lions in third place following a 6-0 rout against bottom of the table Hendon United Sports B.