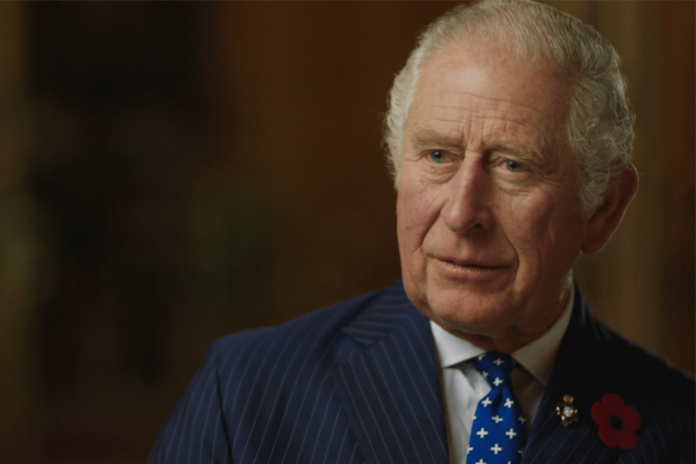 Prince Charles has commissioned seven portraits of Holocaust survivors to be displayed at Buckingham Palace.

Seven artists participated in the historic initiative that features in a BBC Two documentary ‘Survivors: Portraits of the Holocaust’’ on January 27th (9pm) to mark Holocaust Memorial Day.

The paintings will be on show at the Queen’s Gallery until 13 February then the Palace of Holyroodhouse in Edinburgh from 17 March 17th to June 6th.

“As the number of Holocaust survivors sadly, but inevitably, declines, my abiding hope is that this special collection will act as a further guiding light for our society, reminding us not only of history’s darkest days, but of humanity’s interconnectedness as we strive to create a better world for our children, grandchildren and generations as yet unborn; one where hope is victorious over despair and love triumphs over hate,” The Prince of Wales said in a statement.

The documentary follows the creation of the portraits whilst telling the survivors stories.

Now in their 90s, all were children in concentration camps before making lives in the UK.

The artists share their feelings on getting to know the survivors they painted.

“Throughout the programme, audiences will hear the testimonies of the remarkable men and women who witnessed one of the greatest atrocities in human history, and will meet the artists tasked with creating portraits that represent their pain and loss, as well as their dignity, light and hope,” noted a BBC statement. “The portraits will stand as a lasting reminder of horrors which will one day be lost to living memory.”

Prince Charles has long been involved in Holocaust education and remembrance.

Holocaust Educational Trust chief executive Karen Pollock commented, “This is an incredible initiative led by HRH The Prince of Wales. These Holocaust survivors endured the very worst. They were rounded up into ghettos, sent to concentration camps and enslaved as forced labourers. To survive the concentration and death camps and 77 years later see their portraits displayed in Buckingham Palace is very special indeed, and a poignant and fitting testament to their lasting contribution to this country. The Nazis intended there to be no Jews left in Europe, instead these survivors are honoured at the heart of British society.”

She added that the organisation was indebted to The Prince of Wales for the work he continues to do to ensure the Holocaust holds a central place in British history and memory.

A Campaign Against Antisemitism spokesperson said, “The Prince of Wales has made it his mission to amplify the critical cause of Holocaust remembrance in Britain. With this unique project he has made yet another contribution to Holocaust education with his inimitable flair. We are grateful to Prince Charles for everything that he continues to do to make the lives and experiences of Holocaust survivors known to the wider public, particularly at a time when fewer and fewer direct testimonies are available.”

Marie van de Zyl, Board of Deputies president added, “The Prince of Wales is to be congratulated for this wonderful project to honour the resilience and fortitude of extraordinary people who have survived and thrived despite experiencing suffering beyond anything we could possibly imagine.”

Prince Charles’ efforts to commemorate the Shoah have been well documented.

Speaking at the 75th anniversary of the liberation of Auschwitz-Birkenau, he said, “The scale of the evil was so great, the impact so profound, that it threatens to obscure the countless individual, human stories of tragedy, loss and suffering of which it was comprised. That is why places like (Yad Vashem) and events like this are so vitally important.”

The heir to the throne revealed that it had been a “singular privilege” to meet Holocaust survivors who came to the UK to make “immeasurable” contributions.

“We must commit ourselves to ensuring that their stories live on,” he remarked.

Prince Charles has often reflected on his “immense pride” in his grandmother, Princess Alice of Greece, who saved a Jewish family in 1943 by hiding them in her home.

She is buried on the Mount of Olives, has a tree in her name at Yad Vashem and is counted among the Righteous of the Nations, a fact, he said, gave his family immense pride.