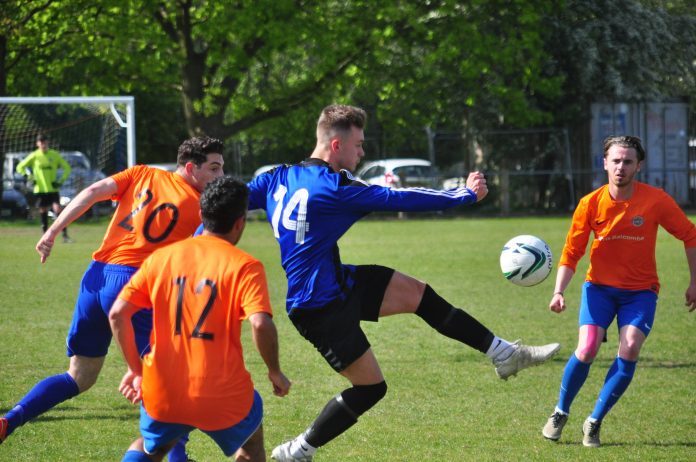 “This is a special achievement for the club, and to make history is an incredible feeling,” Shafron said.

“I’m delighted we have won the only trophy to elude us and am really proud of the squad.

“We’ve got a very special group, not just the 16 involved today and players that couldn’t make the journey, but also the management. They’ve all played a huge part in this success.”

David Dinkin and Matt Stock had goals disallowed for Raiders in a tight first half, but the Londoners cut loose with three goals in 20 second half minutes.

Raiders took the lead when Wagner drifted in from the right wing before firing home a speculative strike. Jonathan Rochwerger then sent Marks clear, and though his initial effort hit the inside of a post, Rochwerger tapped home the rebound.

Nathan fired home Raiders’ third goal with an audacious rabona kick into the top corner. And a fourth goal followed when Lewis tapped in from a yard out after a Marks free kick was initially blocked.

Rochwerger was named man of the match.

“We started tentatively and allowed South Manchester to get at us on a couple of occasions, but I felt it was a matter of time before we came into our own,” said Shafron.

“I told the boys to raise our standards at half time. We started the second half with far greater intensity, and once we scored our first, we were in total control.”