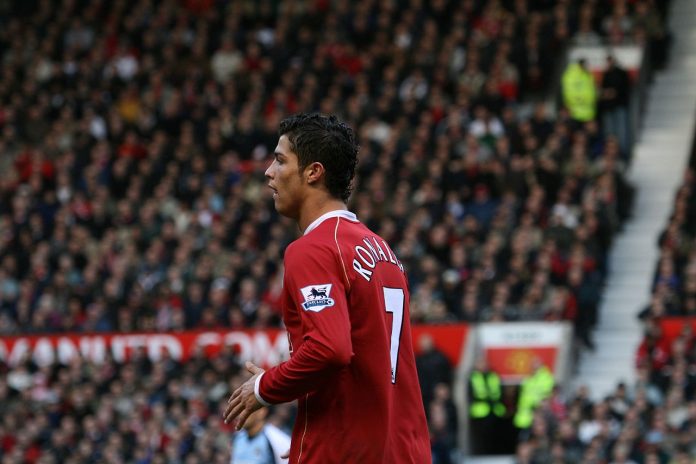 The footballing ‘rumour mill’ is in full blast on potential Premier League signings for the 2017/18 season.
Just over a month has passed since Chelsea lifted the title, but that is yesterday’s news as journalists, football pundits and fans alike ponder who will be lining up for leading clubs in August.
And some of the game’s biggest stars are the subject of intense debate and discussion.
Leading the transfer gossip frenzy is Real Madrid’s Cristiano Ronaldo who is currently playing for Portugal in the FIFA Confederations Cup in Russia.
The four times Champions League and FIFA Ballon d’Or winner is said to want a return to former club Manchester United after being accused of avoiding Spanish taxes.
Ronaldo denies any wrongdoing and depending on which report you read it will take an offer in the magnitude of £130m to £350m to prize the 32-year-old record Real Madrid goal scorer away from his current club.
United appear set to offer £183m plus keeper David De Gea for Ronaldo and Spanish international striker Alvaro Morata (Daily Mail), whilst another suggestion is that the Reds will offer less and try buy 24-year-old Morata separately (Daily Mirror).
Earlier this month, Ronaldo was instrumental in Zinedine Zidane’s team victory in the Champions League against Juventus in Cardiff when he struck two goals for a 12th crown.
On an unforgettable night for the Portuguese star, his brace saw included his 600th senior career goal whilst he also became the first player to score in three finals in the Champions League era.
Zidane wants to keep his prolific striker but only time will tell how this story plays out.
What is certain is that the speculation will not go away for most sought after player in the game alongside Barcelona’s Lionel Messi.
Suffice to say, it’s an intriguing situation that will keep football hacks busy.
Elsewhere at Old Trafford, there is no let-up where skipper United’s record goal scorer Wayne Rooney might be playing his football next season.
It’s anyone’s guess but the smart money is still on a dream return to hometown club Everton, where he is sure to get regular first team football – seen as essential if the England’s leading goal getter is to force his way back into Gareth Southgate’s World Cup plans.
Rooney was dropped from the most recent England squad when Southgate’s team drew with Scotland thanks to a last-minute equaliser from Tottenham Hotspur’s prolific sharpshooter Harry Kane, who also donned Rooney’s England captain’s armband.
An alternative that is still receiving plenty of media attention is a switch to the mega money Chinese Super League, where Chelsea striker Diego Costa is another a major target following on from his Chelsea teammate Oscar, who signed for Shanghai SIPG in a £60m deal, and former United star Carlos Tevez, who joined Shanghai Shunhua in a £40m transfer in the last transfer window.

However, with Chinese league clubs potentially facing a 100% tax on signings for the mid-season transfer window that runs to July 14, both deals may be in the balance.
Proceeds would go into a government-run fund if enforced, in effect doubling transfer fees.
Notwithstanding this situation, whether Costa does leave Stamford Bridge, another former teammate, Everton’s Belgium striker Romelu Lukaku, could be heading back to his previous club under boss Antonio Conti where he endured a tough spell first time around.
The Blues are also rumoured to be interested in signing Monaco midfield player Tiemoue Bayayolo and Argentine Willy Caballero as back-up goalkeeper (Evening Standard).
Over in north London, FA Cup winners Arsenal have not received too much publicity, but along with Everton, Arsene Wenger’s team are looking at Columbian striker Carlos Bacca (Talksport).
Where that leaves Wenger’s myriad of strikers is anyone guess, but if the Arsneal boss does strike it lucky in the forward department then West Ham United are said to be keen on Gunners striker Olivier Giroud (Daily Telegraph).
As for the Goodison Park club, when, not if, top striker Lukaku moves on, Celtic’s star forward Moussa Dembele could well replace him on Merseyside (Daily Post).
Of course, that is if one of the other big guns doesn’t come in for the Frenchman first.
Back across in the blue half of Manchester, Pep Guardiola is eyeing up a move for Tottenham Hotspur’s highly rated full back Kyle Walker, although he might consider his former star full back Dani Alves at Barcelona, who was in the Juve line-up that went down to Real Madrid in the Champions League final. With the release at the end of last season of both Pablo Zabaleta and Bacary Sagna, City’s boss will have to make a move in this area of team development (BBC Sport).
But City have competition as Bayern Munich are the latest club to express an interest in the £45m rated Tottenham defender (The Sun).
On the subject of attacking midfielders, City are said to also be in the hunt for Borussia Dortmund youngster Ousmane Dembele, who is likewise a target of Liverpool.
The talented French player joined the German side from Rennes only last season, but he has impressed with mature displays. If rumours are to be believed, he could well be on the way to another summer switch.
But watch this space, because Barcelona is also believed to be watching the 20-year-old. And if the Spanish giants come into a three-way battle for his signature, they could well win the day because it would take a brave player to not want to line up alongside Messi et al.
Both Liverpool and City might also lock horns over another target, Arsenal’s Alex Oxlade-Chamberlain, who has also captured the attention of Chelsea.
Whether Jergan Klopp ends up disappointed only time will tell, but with Champions League football around the corner at Anfield, Liverpool’s charismatic boss will be sure to boost his squad whatever the outcome.
And among a rumoured target is Bordeaux forward Gaetan Laborde (according to Le Parisien). The French striker had a sound season in France and a potential £9m offer could do the trick (Talksport).
Liverpool have arguably had the most transfer chat around as they have also made an enquiry for Real Madrid youngster Marco Asensio, as have Arsenal and Juventus.
With limited playing time likely for the Spaniard this season, a deal could just materialise at one of these European giants (Daily Star).
And the Reds have still not lost hope of capturing Roma and Egypt winger Mohamed Saleh, but a £35m valuation is one the Anfield club will not agree on.
So it might be a case of negotiation before a possible move transpires (Sky Sports).
In other transfer winger talk, Barcelona look likely to action a £10.5m buyback clause for Everton and Spain’s Gerard Deulofeu with the fee a steal in the current hyper-inflated market (The Times).
As for last season’s Premier League runners up, one player who might be on the move is Austria defender Kevin Wimmer.
Southampton has enquired about the Tottenham player but presently won’t pay the £20m asking price (Daily Mirror).
Meanwhile, a player possibly going the other way is Bournemouth striker Joshua King who has welcomed the news (Bournemouth Echo).
And finally, there has been action aplenty at Claudio Ranieri’s former Premier League champions Leicester City off the field.
Newly appointed boss Craig Shakespeare is poised to take on Michael Appleton as assistant and on the playing front is keen on West Brom and Northern Ireland stopper Jonny Evans (Daily Telegraph).
So there you have it… although as yet there is not much news of Gunners duo Mesut Ozil and Alexis Sanchez, but who knows what the next few days will bring as the summer transfer circus continues.