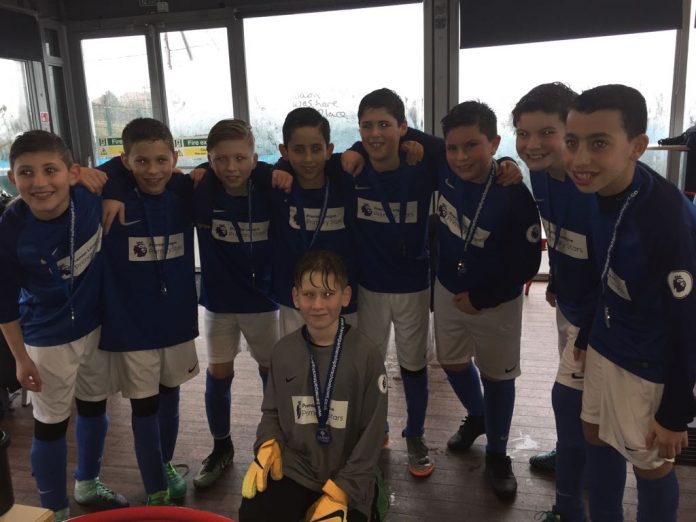 On Wednesday 24th Jan  2018 Rosh Pinah participated in a Barnet Borough football tournament for Year 6. This was a tournament for schools in the west of the borough to enter.

Rosh Pinah did incredibly well and went on to WIN the tournament, this was a terrific achievement for Rosh Pinah as they were up against teams with pupils in lots of different premier league academies and mostly non Jewish Schools.

The team did fantastically well the whole tournament starting the group stage with a 5-0 win in the first game followed by a 6-0 victory and a 5-2 win. Rosh Pinah the battled their way to the final where they  beat The Orion School 5-0.

Rosh Pinah now progress to a tournament of champions from the Borough.

Quote from Pe Co-ordinator Mr Goldin: The boys have progressed throughout Rosh Pinah playing some fantastic football along the way. What we as a school are most proud of is the sportsmanship and team spirit that the boys show every tournament they attend.