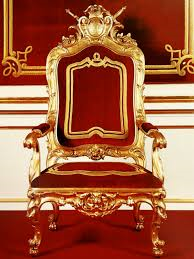 What if your class has a queen and you don’t accept her rule?

The queen stood in the centre of her court, a sly smile in the corners of her lip. Her regal posture portrayed noble grace, her posture was perfect. She was perfect. Beautiful dark curls, perfectly glided over her shoulders, smoothly cascading over them. Perfect, green, intelligent eyes twinkle and charmed, ensnaring you in her spell.

You would never realise, until it was too late, how much malice lay behind that laugh, how much twisted rotten iron was behind the thin layer of gold leaf covering her wicked heart. The queen held court and all her lackeys gathered round, hovering like vultures. They swooped in, desperate for a smile of approval, a nod of acceptance. Me? I stood at the other end of the locker area and busied myself with my apple. Have you ever realised how utterly fascinating apples are? Neither have I.

The discussion was getting heated now. Cool, did you know that apples have lots of different shades on them? The queen has her admirers totally fawning by now, and the motion is passed. The class follows her every word, for the queen’s word is law. I have given my opinion already, sheer stupidity, but disagreeing with the queen is punishable by banishment. Hence, I sit by the radiator and let the fools think they are reinventing the wheel. My so-called allies in court have held their tongues for now. I know that they support me but they cannot commit social suicide. Ah, the delegates approach. I try to flick my hair in a display casual of disinterest, but instead my fingers get stuck in the thick mass of curls that occupy the top of my head, otherwise known as my hair, and I end up yanking a whole section over my face, which I have to hurriedly detangle my fingers from and throw back over my head. It flops down just as the delegates approach. Typical. The queen is smirking in amusement behind them.

Great, just great. “Rina,” begins Libby, “Can we do your locker?” She smiles sweetly, sickly sweet. Does she think she’ll blind me with that dazzling smile of hers and get me so disorientated that I’ll lose my senses?!  “No.” I don’t credit them with a smile. Libby quickly disappears. “Rina, the entire class is doing this, but your locker will spoil it all.”  Ayelet decided to play good cop to Libby’s bad cop. “Come on, it’ll be so cute! Imagine each locker containing the entire class’s books for each subject. It’ll look adorable! And it’ll create friendship in the class!” Ouch, someone has to teach her that one exclamation mark per comment is usually enough. I could have given in, but it was such a ridiculous idea! “No,” I repeated. It was supposed to come out coolly but it came out more like a sulk. Amazing, as if this day could get worse.

Well, the class busied themselves with the most ridiculous idea known to man, and I continued to meditate on the wonders contained in an apple. I guess at this point I should back up slightly and explain. Sorry to just drop you in the middle of the story like that. Let me put I like this: I like being dramatic…. Once upon a time there was a kingdom called School in the land of Teenagehood. This kingdom was ruled a vicious queen. She ruled with charm, sarcasm, beauty and the supposed coolness of her exploits. She was the bane of the king’s (otherwise known as the Principal, Mr Green) life.  In this kingdom lived someone who had an iota of sense. Namely, me. And I refused to fall under the queen’s spell. This caused me no end of social heartache, but honestly, her highness is a snob and a rather naughty one at that. She’s already been suspended three times, but since her father is a governor of the school there’s not much else they can do. I refuse to be pulled into her merry dance of lawlessness. It’s not right. Oh and by the way, my mother is deputy head. That might have something to do with it.

The following is my tale. Since I have a penchant for drama, it’s quite dramatic. Roll your eyes if you must, but hey, it’s my story. Write your own if you want. I can’t promise you a happy ending though. Life doesn’t always work like that. I can’t promise you an ending, but we’ll see. I didn’t get to read the scripts. I simply follow the prompts and hope I’m not the comic element. However, good always triumphs evil in the end. Whilst I’m not sure Dina is quite evil, I’d like to think of myself as a knight in shining armour. So without further ado (I’ve always wanted to say that! Hah, Shakespeare, step aside) here goes….