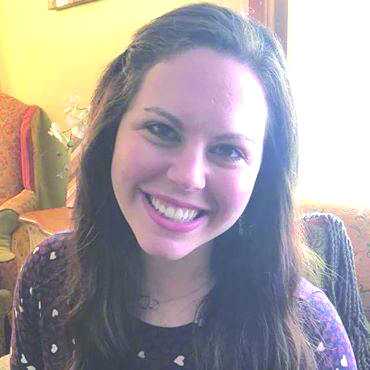 At the tender age of 26, Tzipora Zelmanowitz of Queens, New York, had been no stranger to sentiments of despondency and despair.  The vast majority of her peers had got married several years earlier and were now happily ensconced in a state of maternal bliss.

“Why not me?” had become a familiar, if unspoken, refrain that had persisted in reverberating in Tzipora’s head.  Whilst simultaneously angry about and discomfited by the situation in which she’d found herself, she had been tormenting herself on a daily basis with feelings of inadequacy.  Convinced that Hashem had judged her as somehow unworthy of joining the ranks of her fellow married compatriots and schoolfriends, she had gradually lost all sense of self-esteem.

Matchmakers would present her with an overwhelmingly long list of potential suitors, some of whom were eminently eligible, but others of whom were not of reputable character.  Well-meaningly, albeit ill-advisedly, some matchmakers would attempt to convince her that were she not to date each and every young man whose name was mentioned to her, she may be missing the opportunity of meeting “The One” who was destined for her.  To allay her fears in this regard and terrified that the joy of being married might otherwise eternally elude her, she had indeed entertained every proposal made to her by shadchanim and had dated every young man whose name passed their lips –  whether suitable or not.

Tzipora had been convinced that perhaps she was simply not sufficiently virtuous to merit the blessing of a husband who was held in high esteem and that she may be forced to settle for someone who was of a dubious character.   Ultimately, the devastating loss of self-worth that this had created within her psyche had led her to being deeply unhappy. Her misery had soon become impossible to hide and inevitably, it had often deterred even those suitors who were of good repute as they had been disheartened by her palpable dejectedness, the reason for which they had been unable to interpret.

Beleaguered and demoralised, the 26 year old opted to take a break from the dating scene for a year and a half to the utter angst and befuddlement of shadchanim.  She sought therapy to boost her self-esteem and this entailed an in-depth analysis of the whole way in which she viewed her life.

Admittedly, Tzipora’s decision was a controversial move but it proved to be life-changing for her.  She realised that she had been ignoring the gifts that Hashem had bestowed upon her and had instead only been focusing on the one area in which she’d felt her life to be lacking.  She had a well-regarded profession as a lawyer specialising in property litigation and gained satisfaction from her work.  She had a close-knit and loving family and a circle of friends whose company she enjoyed.  In her heart of hearts, she was prepared to admit that whilst she had not yet attained the marital status that she so craved, Hashem had granted her other things from which she could gain pleasure.

“I choose to make the rest of my life the best of my life” is a quotation which Tzipora Zelmanowitz has adopted as her personal mantra.  Realising that Hashem runs the world, Tzipora has accepted the fact that her fate is in His hands.  This soothes her as she feels that He would not abandon her and that even though she may not have been granted the opportunity to find her spouse as quickly and painlessly as her peers, Hashem will undoubtedly ensure that her Intended will appear at the time destined for her.    She is certain that G-d, in His infinitesimal love, will not forget about her and that she will not remain single forevermore.

Aged 29 at the time of this article, Zipora would prefer to meet her Bashert sooner rather than later.  However, with a startlingly uncompromising and unwavering faith, she trusts that if this is not to be, Hashem will provide her with the fortitude and resilience to handle singlehood for as long as is necessary.

She feels that Hashem wills her to enjoy His world and to ensure that in so doing, she helps others to do so too. Consequently, despite having a full-time job, she is eager to share her experiences and conclusions with other singles.

During the period in which she’d abstained from dating, it had struck Tzipora that it is a truth universally acknowledged that looking good usually ensures that one feels good. Whilst never obese, Tzipora had been convinced that if she took care of and pride in the way in which she presented herself, she would quash her feelings of inferiority.  She’d resolved to go on a diet professionally recommended to her and in 2 months, she had lost 20 lbs.  She has now undergone a course which has enabled her to counsel others who are overweight as to how to maintain this diet as she feels that it could really make a difference to the lives of those suffering from low self-worth.

In a world where people are often disparaging and judgmental, she confesses that it has been daunting to divulge details of her private life and travails to others in the Orthodox community. However, she feels that her experiences and the conclusions which she has derived therefrom could motivate and inspire others.  Undoubtedly, even those sceptical of her decision to distance herself from the dating scene for a while, will be touched and encouraged by the tenacity of her undeniable faith which has bred sentiments of contentment and fulfilment within her that many married people are still striving to achieve.

Tzipora has triumphed over the adversity entailed in being single in a community where her peers are predominantly married; where singledom is much misunderstood and some struggle to refrain from blaming singles for their circumstance. To some extent, Tzipora Zelmanowitz is an unsung heroine of our times.