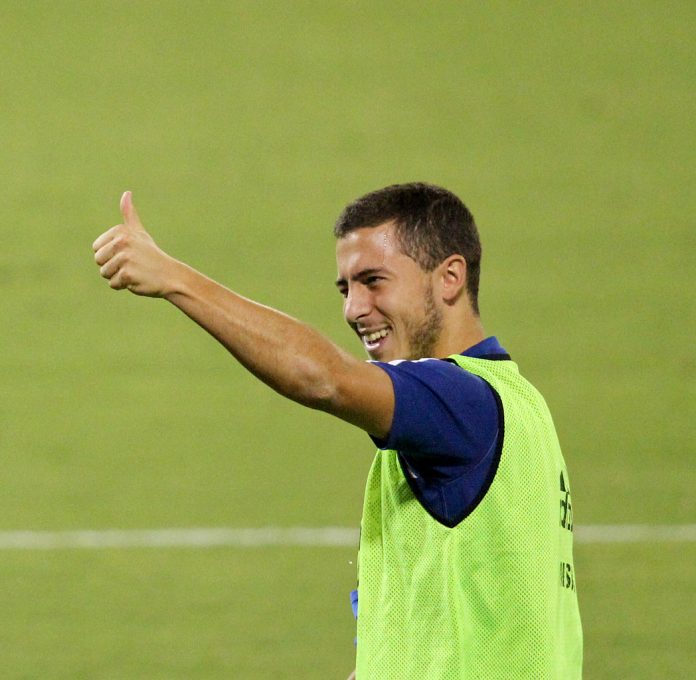 Chelsea will finally be crowned champions of the Premier League. Spurs made it uncomfortable for a while; however, it now looks to have never been a title race when looking at the Premier League table with the power of retrospect; that’s to say it ironically spurred Chelsea onto sealing the title.

The Blues required three points from their final three Premier League games to mathematically secure the title, with their earliest opportunity at West Bromwich Albion proving to be the title clinching game.

The Blues were suffering some late nerves as West Brom threatened to prolong the title race, but substitute Batshuayi prodded home the winner on Friday to spark wild celebrations from the travelling Chelsea fans.

The victory, Chelsea’s 28th of the season, put the long-time league leaders 10 points clear of second-placed Tottenham Hotspur, who have only two games left to play after beating Man Utd 2-1 on the finale at White Hart Lane.

Much was made of a Spurs’ title challenge; however Chelsea showed just how far they’ve come under the stewardship of Conte, with resilience, tactical precision and a frightening counter-attack spearheading Chelsea to a somewhat comfortable title win.
Italian Conte is only the fourth manager to win the Premier League title at the first attempt, emulating his Stamford Bridge predecessors Jose Mourinho and Carlo Ancelotti, as well as Manuel Pellegrini who achieved the feat with Manchester City.

It is Chelsea’s second title win in three seasons, their sixth in total, and it comes at the end of former Juventus and Italy coach Conte’s first season as manager.

Conte, who claimed three Series A titles as Juventus coach, has restored the club to the winners’ circle by rebuilding from the chaotic end of Jose Mourinho’s second reign.
The Italian’s side will now chase the double when they face Arsenal in the FA Cup final on May 27.