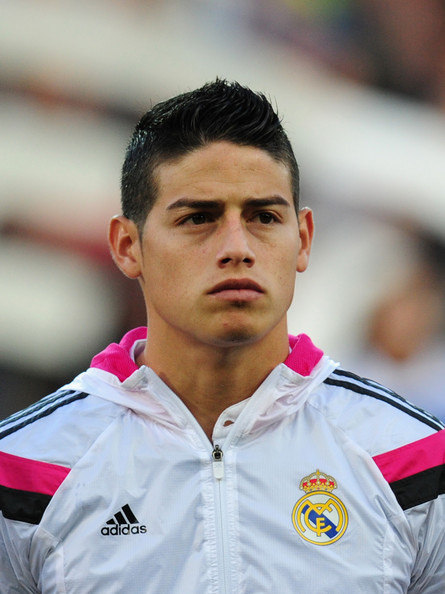 Manchester United are reportedly set to seal the first mega deal in global football this summer by luring Colombian playmaker James Rodriguez to Old Trafford from Real Madrid.
James, 25, has struggled for first-team football at the Santiago Bernabeu over the last few seasons, despite arriving as a big money signing from Monaco off the back of stunning performances at the 2014 World Cup.

Rodriguez initially shone under the stewardship of Carlo Ancelotti, but a disappointing season for the Italian tactician saw him sacked a year later. Both his successor Rafa Benitez and current boss Zinedine Zidane have decided against building a team around James in the famous No.10 role, with a number of reports suggesting that neither was particularly enamoured with his questionable work rate.

This has lead the Colombian international to seek first-team football elsewhere, with a move to Man Utd this summer looking all but complete ahead of the transfer window opening on 1 July.

According to Caracol Radio, the deal with the Red Devils is estimated to be worth a massive £70m. The deal is set to be announced by the weekend, after Real complete their domestic campaign, with Los Blancos still favourites to lift the La Liga title.

If a deal does indeed reach completion, the Real Madrid board will be more than happy, having recouped all but £3m of their outlay on James from Monaco three years ago.
It is not yet clear where Rodriguez fits into Jose Mourinho’s plans at United, with both Juan Mata and Henrikh Mkhitaryan both playing in similar roles this term. But signing a player of his undoubted talent would be a real coup, especially if the club fails to qualify for the Champions League.

After defeat to Tottenham Hotspur in the final game at White Hart Lane on Sunday, Mourinho’s men can no longer reach the biggest competition in Europe through the Premier League. Instead, they must overcome Ajax in the Europa League final later this month if they hope to qualify for Europe’s elite competition.

Whatever happens, big changes are expected at both Manchester United and Real Madrid, and moving to the Premier League may just reinvigorate Rodriguez’s career in the way it has for the likes of Mesut Ozil, Alexis Sanchez and Cesc Fabregas, who all left La Liga for Premier League pastures.